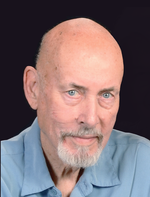 Joseph Bennett Brearley passed away peacefully on April 1, 2021 at the Cornerstone Hospice House in The Villages, FL after a lengthy illness.

Born in the village of Ashaway, RI on November 8, 1934, he was the son of Walter and Ethel (Bennett) Brearley. He lived in Westerly, RI before moving to Florida in 2006. He attended Westerly schools and served in the US Army from 1954 – 1957. He was employed by the Electric Boat Division of General Dynamics where he was promoted to Foreman and General Foreman. He retired in 1992 after 35 years of service.

He joined the Masons in 1960 and dedicated a significant portion of his life to doing good works. His individual Masonic accolades and achievements are too numerous to mention, but he served his fellow man in several prominent positions throughout his 60-year Masonic career. This included serving as the Master of Franklin Lodge in Westerly, RI in 1980, Grand High Priest of the Royal Arch Chapter in 1987, and Most Worshipful Grand Master for the State of Rhode Island in 2003. He was also awarded the 33rd degree, an honor conferred on members who have made major contributions to society or to Masonry in general.

He was a member and former Elder of the Babcock Presbyterian Church in Ashaway, RI and a member of the Community United Methodist Church in Fruitland Park, FL.

He will be laid to rest in a private ceremony at the Oak Grove Cemetery in Ashaway, RI. A public memorial service will be announced at a later date. In lieu of flowers, the family requests that donations be made in his name to the Babcock Presbyterian Church or The Rhode Island Shriners.

To send flowers to the family or plant a tree in memory of Joseph Bennett Brearley, please visit our Heartfelt Sympathies Store.