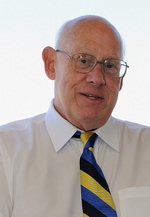 Nelson “Lane” Taylor passed away on Ash Wednesday February 17, 2021. Lane was the youngest child and son of Dodge Taylor and Mary Lane Taylor of Howey in The Hills, Florida. He graduated from Howey Academy, where he was a skilled athlete, who excelled at every sport he played. After Howey, Lane enlisted in the United States Navy where he served his country honorably and meritoriously, earning the distinction of a Purple Heart for injuries incurred in the line of duty while serving in Vietnam. He returned home from war and earned a Bachelor of Science in Journalism from the University of Florida and began a successful career in real estate development in Mt. Dora Florida, where he resided for most of his adult life with his family. Lane’s greatest source of pride stemmed from his 5 children: Tammy, Dodge, Brennan, Lani, and Lindsay. As an unabashedly proud and adoring dad, Lane’s most profound sense of fulfillment was derived from enjoying and sharing in the athletic, academic, and personal achievements of all his children. Second only to his love for his family was Lane’s great love for the Florida Gators and he treasured sharing countless passionate moments with his family participating as fans of all things Gator Nation. Lane will be remembered as a devoted parent, a carefree and “colorful” friend who always wore an easy smile and was eager to share in a laugh. While his time with us was not as long as we would have liked, he lived every minute of it in his own style. There will never be another like him. He will be mourned and missed by his children, grandchildren, nieces, nephews, and other family and friends. Lane’s indelible spirit has left for its eternal resting place in communion with the Lord he worshiped and followed. His body will be laid to rest at a private ceremony at the Taylor Memorial Cemetery. The family invites you to join them in celebrating the larger than life, Lane Taylor, on Friday, February 26 at Pisces Rising in Mount Dora from 2-5 pm. You’re encouraged to wear Orange and Blue - Lane wouldn’t have wanted it any other way.

To send flowers to the family or plant a tree in memory of Nelson "Lane" Taylor, please visit our Heartfelt Sympathies Store.