In Memory of
Cesar Rene
Garcia
1948 - 2021
Click above to light a memorial candle.
Memorial Candle Tribute From
Beyers Funeral Home and Crematory
"We are honored to provide this Book of Memories to the family."
View full message >>>
Send Flowers
Menu 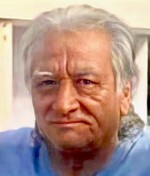 Cesar worked as a diesel mechanic for Lewis Brothers Inc. in Bushnell, FL. He was a great mechanic and could often diagnose a mechanical problem by its sound.

Cesar never met a stranger. In his younger years he performed trapeze, magic, and clown acts with circuses around the world. An accidental fall from the trapeze brought his circus performing to an abrupt halt though he continued to be a showman until his final curtain call.

Although Cesar enjoyed fishing, traveling, and performing, his greatest love was his children. Cesar was especially dedicated to his youngest son, Stefan, who suddenly lost his mother, Kim Pacheco, at the age of ten.

He was preceded in death by his parents, his son Cesar René García Nunez, his daughter Yuliana de la Paz Garcia Nunez, and his brother Arturo Yaryk.

Cesar chose to have his ashes spread on the beach in Cumana, Venezuela. A Celebration of Life will be planned in the spring for family and friends.


To send flowers to the family or plant a tree in memory of Cesar Rene Garcia, please visit our Heartfelt Sympathies Store.