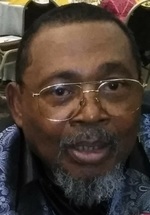 George Wilson Boone was born on September 15, 1946 in Seaboard, NC to the late Arthur and Blanche Boone. He was the youngest of 9 children, 2 sisters and 6 brothers, all preceded him in death.

George received his education in the schools in Seaboard, NC where he played saxophone in the high school band.

George was a cross-country truck driver for over 30 years and was a member of the Teamsters Union. He was known on the CB as the “Rubberband Man”, before signing off for the day he would say “This is the Rubberband Man see you on the Flip Flop over and out”.

George and Anna were divorced in 1982. George met and married Cathe Mills in 1994, who was by his side when he transitioned. They have no children together however, Cathe’s children Allisen and Brande accepted him as their stepdad and their children called him Grandpa.

George lived in Chicago, Montclair, and in Newark, NJ before settling in Leesburg, Florida in 2001.

George leaves to mourn his passing his five children, nine grandchildren and four great-grandchildren, one god-daughter Nicki, Cathe, Allisen, Brande and a host of nieces and nephews who affectionately call him Uncle Beet, as well as many friends.

George will always be remembered for his love of westerns, truck driving and his no-nonsense wit. He would tell you where you could go and how fast you could get there, “Jack” He always wanted things done his way and that is how he lived his life.

To God be the Glory for the time we’ve had with him. He was loved.

“All things work together for the Good” Romans 8:28


To send flowers to the family or plant a tree in memory of George Wilson Boone, please visit our Heartfelt Sympathies Store.