In Memory of
Jay B
DesJardins
1942 - 2021
Click above to light a memorial candle.
This Book of Memories memorial website allows family and friends a place to re-visit, share and enhance this tribute for future generations.
Open Full Navigation
Family Interactive Login
Close
Menu
Click here to
Send
Flowers

Obituary for Jay B DesJardins 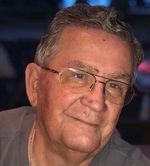 Jay was born on January 18, 1942 to Bernard and Dorothy (Cook) DesJardins in Flint, MI. They moved from Flint to Shell Lake, WI in 1948. In the mid 50’s the family relocated to Frederic, WI where Jay attended high school, earning 12 letters in athletics and was captain of his football, basketball, and baseball teams. After graduating, he attended the University of Wisconsin-Madison for a year. He then enlisted in the United States Air Force serving most of his 4 years in Utah. During this time, he married Virginia Dehn, also of Frederic, in 1962 and continued his education at Weber State College in Ogden, UT. After his enlistment, he attended the Wisconsin Institute of Mortuary Science in Milwaukee, WI. Following his graduation, he started his career as funeral director and mortician in Sheboygan, WI. He later moved to Spooner, WI, and Forest Lake, MN while raising his family. In 1973, he settled in Madison, WI and worked for Joyce Funeral Home where he was an active Rotarian, serving as President of the West Towne Club, and was a Knights of Columbus member. Jay retired in 2001 and moved to Leesburg, FL.

In retirement, Jay enjoyed golfing as a member of the Monarch Golf Club until his later years and was a member of St. Paul's Catholic Community in Leesburg. He spent many wonderful vacations with family and friends. He was a devoted Wisconsin Badgers and Green Bay Packers fan. He always followed sports including football and golf. In later years, he played in Texas Hold ‘Em card groups and would often meet up with friends after picking up the mail.

A mass will be held at St. Paul Catholic Community Church, 1330 Sunshine Avenue, Leesburg, FL 34748 at 10:00 AM on Friday, January 29th, 2021. Social distancing and masks are required. Live viewing of the mass can be seen at this link: http://ccstpaul.com/ click on Live Church Cam. Interment will follow the funeral at the Florida National Cemetery, 6502 S.W. 102nd Avenue, Bushnell, FL 33513

Due to the coronavirus pandemic, the family will be planning a celebration of life at a later date at a location to be determined. Donations in lieu of flowers can be made to St. Paul’s Catholic Community Food Pantry, 1330 Sunshine Avenue, Leesburg, FL 34748 in Jay’s memory.

To send flowers to the family or plant a tree in memory of Jay B DesJardins, please visit our Heartfelt Sympathies Store.