In Memory of
Jack  A.
Bryant
1934 - 2021
Click above to light a memorial candle.
This Book of Memories memorial website allows family and friends a place to re-visit, share and enhance this tribute for future generations.
Open Full Navigation
Family Interactive Login
Close
Menu
Click here to
Send
Flowers

Obituary for Jack A. Bryant 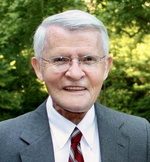 Jack A Bryant, 86, of The Villages, FL, passed away peacefully at Cornerstone Hospice Center surrounded by his family on Thursday, January 14, 2021. Jack’s wife of sixty-five years, Nancy Dee Bryant passed away last summer on July 20, 2020 after a long battle with cancer and COPD. Jack passed away from a broken heart, both physically and emotionally.

Jack was preceded in death by his father Jack A Bryant, Sr and his mother Hazel I Bryant (Lowry) of Barberton, OH and his sister Doris Mae Bryant, also of Barberton, OH.

Jack was born in Barberton, OH and spent his younger years traveling to Canada each year to spend the summer swimming and fishing at the family’s cabin. He enjoyed hunting and fishing and playing baseball. He graduated from Barberton High School and then attended Virginia Military Institute his freshman year, but moved back to Ohio to attend the University of Akron his sophomore year where he met his future wife Nancy. Jack was an active member of the Lambda Chi Alpha fraternity. Jack and Nancy were married on June 11, 1955 in Akron. Jack worked at East Ohio Gas Company after marriage and went to night school to earn his B.S. degree in Industrial Management from the University of Akron. Jack was a successful Human Resources executive and his career took him and the family from Barberton, OH to Fairview Park, OH to Pearisburg, VA to Charlotte, NC, to New Providence, NJ, to Kansas City, Missouri. His career involved promotions and broadened executive responsibilities in Human Resources at East Ohio Gas Company, Celanese, Merck & Co., Johnson & Johnson and Hallmark Cards in Kansas City. After semi-retiring from Hallmark Cards, Jack purchased a Sports & Stamps collectibles store in Kansas City where he and his wife Nancy worked together at multiple locations over the years. They retired to The Villages in 1999 and Jack really enjoyed golfing in multiple leagues. Jack was known for his quick wit and sense of humor and he loved reading, stamp collecting, completing jigsaw and crossword puzzles, playing card games, and solving sudoku puzzles.

Due to the COVID pandemic, the family will be planning a celebration of life service at a later date at a location to be determined. The family would like to thank Cornerstone Hospice for their attention, care and support.

To send flowers to the family or plant a tree in memory of Jack A. Bryant, please visit our Heartfelt Sympathies Store.