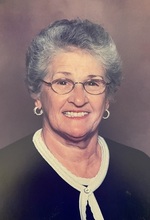 Marie Theresa Jeannette Raab passed peacefully on January 7, 2021 at her home in Leesburg, Florida. Known as Terry, she was born March 29, 1938 on her parents’ dairy farm in Claremont, New Hampshire. Terry was a gregarious and energetic woman with a great sense of humor. She was the fourth of nine children and the eldest daughter born to Homer and Oliva Labonte Thibault. A bright student, Terry was the first in her family to go to college attending Trinity College in Burlington, Vermont. During college she met and married Fabian Joseph Raab Jr., a fellow college student attending Saint Michael’s College in Winooski, Vermont. Terry and Fabian married on January 10, 1959 in Swanton, Vermont. They were avid dancers and enjoyed extensive travel together. Of all the places she visited, Terry’s favorite was Tahiti. Terry had a long and successful career as a legal secretary before retiring in Florida where she became an avid golfer and bridge player.

A funeral mass will be held at Saint Paul’s Roman Catholic Church in Leesburg on January 18 at 8:30am. In lieu of flowers please make contributions to The American Cancer Society.


To send flowers to the family or plant a tree in memory of Marie Theresa Jeannette "Terry" Raab, please visit our Heartfelt Sympathies Store.