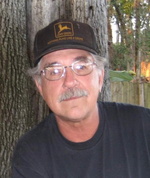 Don was born on March 20, 1945 in Wakefield, Mass. to Donald and Katherine (Sullivan) Ward Sr. He proudly served in the U.S. Army in 1964, and was honorably discharged in 1968. Don later earned an Associates Degree in Photography from Hawkeye Community College. He then became an engineer at John Deere Co. in Waterloo, IA; which he enjoyed for 30 years, retiring in 1996. He later moved to Weirsdale Fl in 2000 to enjoy his retirement.

On February 14, 1968 Don became a father to Angela Jo. On February 14, 1990 he married the love of his life Pamela Rae (Palmer), and proudly became the Stepfather to Olivia Leigh and Sarah Jean. Don had a passion for motorcycle riding becoming a lifetime member of ABATE of Iowa. He enjoyed fishing, hunting and cooking. He loved making meals from scratch for his family and BBQing for his friends at Ma Barkers. HIs friends often referred to him as Mr. Sunshine, and it wasn't because he brightened a room when he walked in the door.

Don was preceded in death by his father Donald, and his mother Katherine. He is survived by his wife Pamela, and his daughters Angela Jo (Scott) Baker, Olivia (Lance) Chestnut, and Sarah (Jason) Neith; as well as 7 grandchildren Drew, Gabi, Vanessa and Jasper (Baker); Evelyn and Elizabeth (Chestnut); and James (Neith).


To send flowers to the family or plant a tree in memory of Don L. Ward Jr., please visit our Heartfelt Sympathies Store.