To share your memory on the wall of Inman McElvy, sign in using one of the following options:

A receipt has been emailed to the address provided. A receipt may also be printed.

Print
Inman E. (Mac) McElvy, 96, of Leesburg, Florida passed peacefully into the arms of his Lord and Savior on January 5th, 2021.

He was born March 7, 1924 in Whigham, Georgia. When WWII broke out, he enlisted in the Army and served in th... Read More
Inman E. (Mac) McElvy, 96, of Leesburg, Florida passed peacefully into the arms of his Lord and Savior on January 5th, 2021.

He was born March 7, 1924 in Whigham, Georgia. When WWII broke out, he enlisted in the Army and served in the Signal Corps in the Pacific Theater. After the war, he attended Georgia Tech and graduated Summa Cum Laude with a BS in Electronics Engineering. On June 11, 1950 he married Kathryn Duncan. They were married for 70 amazing years and had three children. He worked for NSA for 30 years until he retired in 1980. He then went to work in the private sector for a few more years. He and Kathy took several trips to various countries around the globe, before finally settling down in Florida. He spent his days doing crossword puzzles, riding his bike, and listening to his favorite Big Band records. He also enjoyed spending time with his grandchildren and great-granddaughters. He and Kathy were faithful members of Morrison United Methodist Church.

Inman will be buried at the convenience of his family.
Read Less

There are no events scheduled. You can still show your support by sending flowers directly to the family, or planting a memorial tree in memory of Inman E. "Mac" McElvy.
Plant a Tree

We encourage you to share your most beloved memories of Inman here, so that the family and other loved ones can always see it. You can upload cherished photographs, or share your favorite stories, and can even comment on those shared by others.

Plant a Tree in Memory of Inman
Plant a tree 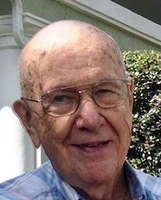