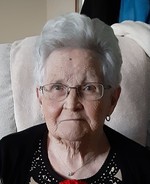 Beloved mother, loving wife, devoted sister passed away suddenly in her home in The Villages, FL. Though Irma had serious health problems over the past several years, she took faith in her Christianity and lived her life joyfully. She is now at home with her husband, daughter, brothers and parents.
Irma started life in Pueblo, Colorado, born to George and Irma Swearingen. The family migrated to Wisconsin where Irma graduated from Lincoln High School in Manitowoc, Wisconsin. It was through neighboring Lutheran churches’ youth groups that she met and married Ralph Orrin Skatrud on December 29, 1951 in Valders, Wisconsin.

Their first child, Ellen Jean, was born in San Antonio, Texas when Ralph was in the Air Force. After military service they settled in Kingston, NY when Ralph took a job with IBM. Their son Mark Ralph was born there. Later IBM moved the family to Raleigh, NC where they lived until they retired. Irma first retired from Sears Credit Central in Raleigh. She then went to work for the Golden Corral Corporation in their tax department before retiring for good.

After retirement, Irma and Ralph moved to Lake Gaston, NC where they spent over 20 joyous years together. They helped found Lakeside Lutheran Church, and Irma was very active in the Lake Gaston Ladies Club and many associated groups.

Irma moved to the village of Tamarind Grove, The Villages, FL in March 2014 to be near her daughter Ellen and son-in –law Paul Skatrud-Mickelson, also of The Villages. Irma loved being a member of Hope Lutheran Church and the many friends she met there. Irma also spent a good year at Buffalo Crossing Assisted Living where she met many more friends and enjoyed playing bingo and other games. She spent the last year and a half living with her son in Hemmingway Village.

Irma Skatrud is survived by her sister Iva Jean Stoeckler of Brookfield, Wisconsin, son Mark of the home, grandsons Joel Mickelson and his family and Jesse Kitzman and his kids, and granddaughter Monica Bergquist and her family, all of whom gave Irma 7 great grandkids. She had numerous brothers and sister-in-laws, nieces and nephews who were important in her life. Irma especially loved and was loved by her life-long friend Jean Chapman and Jean’s family. Irma also had a special bond with Mary, Margie, and Brenda (the Diegels), Ellen Metcalf, and Mark’s partner Andrea Johnson. These people were all part of her family.

She was loved by all and will be deeply missed.
Irma is preceded in death by her parents, 3 brothers (Ralph, Leonard, Wayne), husband Ralph of nearly 59 years, and her daughter, Ellen.

Please send any donations to the charity of your choice.
Thank you.
At this time, no memorial service is planned due to the covid virus.


To send flowers to the family or plant a tree in memory of Irma Lou Skatrud, please visit our Heartfelt Sympathies Store.