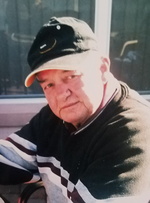 Terrence “Terry” Henry, sadly passed away on Nov 27th at home, in Lady Lake FL with his family by his side.

Originally from Warren, PA, Terry graduated from Warren High School in 1960 and went on to serve in the US Army for three years. He and his wife, Barbara, enjoyed many trips over the years, loving nothing more than to spend summers in a cottage along the Allegheny River, with their family and friends. Terry loves to golf, often playing with his two sons and once moving to Florida his buddy, Dave Barone.

Terry was predeceased by his parents, his two brother-in-laws, Bill Peterson and Keith Ludwig of Warren, as well as his great granddaughter, Leah Ritch.

Terry is survived by his loving wife of 55 years, Barbara Henry (Elmhurst), his two sons Michael (and wife Angela) and Marc Henry of Warren, as well as his two sisters, Beverly Ludwig and Wanda Hill. He was a wonderful grandfather to Kassi Ritch, her husband Chad, and their four children, Matthew, Madelynn, Levi, and Andrew. He will be sorely missed by all of his family including several nieces, nephews, and sister-in-law, Jackie Peterson.

At the request of his family, there will be no service.


To send flowers to the family or plant a tree in memory of Terrence "Terry" Henry, please visit our Heartfelt Sympathies Store.