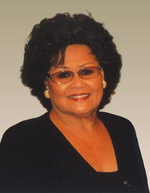 Pranee Viratanagul (or Wirattanakul) Thompson, age 80, of Tampa, Florida, passed peacefully on October 12, 2020 at the Melech Hospice House in Temple Terrace, Florida after being unable to recover from respiratory and cardiac arrest. Pranee was known as; beautiful, strong, brave, hardworking, and independent, while also being loving, caring, and tenderhearted to all.

Pranee was born November 19, 1939 in a rural area of the Ubon Ratchathani Providence in Thailand to Banphot and Khampliw (Rawangdee) Viratanagul. She was their first of five daughters. As the oldest child, she was sent to Bangkok, Thailand as the family’s representative for higher education. With great courage she made the move and ultimately obtained a Masters Degree in Education from Bangkok University, 1962.

After graduation Pranee remained in Bangkok and became a high school art teacher and a scout leader. Approximately four years later, she determined she could make a better living working for the Americans at the newly constructed Air Force Base in Nakhon Phanom (NKP), so she took a risk and moved there in November, 1966.

At NKP she worked at base supply during the day and at the Officer’s Club (OC) as the maitre d’, in the evenings. It was at the OC that she met the love of her life, but it was not love at first sight, at least not for her. Being very attractive, she caught the eye of many officers, and that attraction didn’t escape the newly arrived Air Force Captain, Robert “Bob” Thompson in February, 1967.

She was a proper lady and was “not interested” in Bob’s requests for a dinner date, but she continued to receive requests from him for several months. As a result of Bob’s persistence, Pranee reluctantly agreed to go to dinner with him under one condition; she required a chaperone. On that fateful night her chaperone didn’t show, but with much deliberation she decided to keep her commitment and go into the restaurant. They were married a few short years later in Bangkok at the Ampour on March 24, 1969 and she never looked back.

Not having been on a plane before, let alone out of the Country, Pranee once again took a leap of faith to leave everything she had known and all her worldly possessions behind to begin a new life with her husband in the US. A few years after arrival, Pranee attended Terrace Community Church where she took another leap, made a profession of faith, and joined the church.

Pranee was an exceptional seamstress and tailoress making most of her family’s cloths and houseware linens during the early years of their family. Later in life, she held gatherings for any occasion so that she could have family and friends together. Her exceptional culinary skills and attention to detail was always on display and done in an effort to make sure everyone who attended knew they were loved. Her efforts made each event uniquely memorable and spectacular. She joyfully loved others, and all loved her.

She was a member of Trinity Presbyterian Church and a founding member of the Avila Women’s Club. She also loved taking care of her dog Daisy, but most of all, she loved spending time with her grandchildren. Once Pranee became a grandparent, she became Yai, her priorities changed again and her grandchildren became the center of her joy and attention. Spending quality time with them was more important to her than anything else in the world. She loved and adored them beyond words can say.

She was a dedicated and loving wife, a supportive and giving mother, the best mother-in-law a son could have, and the best Yai in the world. She took great pride in meticulously and tirelessly caring for her family and everyone else she knew. She did everything with class and dignity to perfection, out of an overflowing of love and joy. Her presence will be sorely missed by all of us and anyone who knew her. She is truly unforgettable.

She is survived by her husband of 51 years: Robert “Bob” Thompson of Tampa, FL; daughter: Theresa (Chris) McNeal of Tampa, FL; grandchildren: Collin and Connor McNeal of Tampa, FL; sisters: Nisa, Korrakod and Suntaraporn “Puu” (Chaipromma). She was preceded in death by her parents: Banphot and Khampliw (Rawangdee) Viratanagul; sister: Wasurat (Puangjinda).

A service will be held at First Presbyterian of Dade City, 37412 Church Avenue, Dade City, FL on Saturday, October 24, 2020 at 11:00 am (visitation from 10:00 to 11:00) with Pastor Reno Zunz and Pastor Cheryl Duke officiating. She will be laid to rest in Chapel Hill Cemetery following the service.

To send flowers to the family or plant a tree in memory of Pranee Thompson, please visit our Heartfelt Sympathies Store.