To share your memory on the wall of John Newsome, sign in using one of the following options:

He was blessed to be one of the last of the real Florida cowmen and loved what he did. He always said, "If you love what you do, you'll never have to go to work."

Born the son of a sharecropper in Alabama, he learned at an early age to work hard helping the family make ends meet. When he was in his early teens, the family moved to Lake County, where he got a job with Power's Dairy. It was here where he began to love working with cattle and from there worked for several large beef cattle ranching operations, at one point managing thousands of head of cows for SN Knight and sons from South Florida to North Georgia. In his fifties, he suffered a heart attack that put him in the hospital for two months and left him nearly in financial ruin. He came back stronger than ever and, at an age when other people decide to retire, he instead built a large, successful ranching and agribusiness from nothing. That business survives him today and helps keep Florida's ranching business alive.

John Newsome and his wife raised three sons, of whom he was very proud: He also raised a generation of young men who gravitated toward him as they struggled to find direction in their lives. John was a strong role model, serving as a compass directing them toward being productive members of our community, and being a father figure when needed; this was something he did quietly, without recognition by anyone other than those who witnessed that generosity and compassion in person.

John loved the Lord and his family. He loved nature, life, and people. He loved horses, cow dogs, cattle, working hard, playing hard, roping, and having fun wherever he was or whatever he was doing. He was a big man with an even bigger heart, and, and he will be missed.

He is survived by his wife Marcia of 51 years,sons Danny and his wife Robin, Scott and his wife Holly, and Mark and his wife Danielle,
grandchildren Clay, Cogan, Mason, Cheyenne, Masyn, Dean, Cashlynn, Kennedy, and Charlie; a whole pack of young men who he took in over the years; a herd of horses, and a bunch of good cattle dogs.

There will be a celebration of life at 2 pm on October 10th at Windy Acres Arena located at 1350 Miller Blvd, Fruitland Park, FL 34731. Due to COVID concerns, please observe social distancing guideline

To send flowers to the family or plant a tree in memory of John D. Newsome, please visit our Heartfelt Sympathies Store.

We encourage you to share your most beloved memories of John here, so that the family and other loved ones can always see it. You can upload cherished photographs, or share your favorite stories, and can even comment on those shared by others.

Ocala Stockyard and George and Maxine Cherry sent flowers to the family of John D. Newsome.
Show you care by sending flowers

Posted Sep 30, 2020 at 12:31pm
First meet John years ago, along with his 2 sons moved my two horses from Paisley to Eustis. Other people had tried to move them and couldn't get them loaded. In 20 minutes both horses was loaded. He was a nice and wonderful man. I'M so glad to have met him. RIP big guy, Sandy Viccica
Comment Share
Share via:
OS

Posted Sep 28, 2020 at 11:17pm
Our deepest sympathies for your loss. You and your family are in our thoughts and prayers. 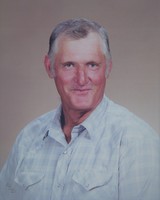