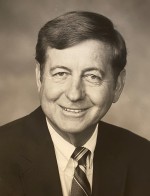 In Memory of
Thomas "Tom"
Swain
1939 - 2020
Click above to light a memorial candle.
Memorial Candle Tribute From
Beyers Funeral Home and Crematory
"We are honored to provide this Book of Memories to the family."
View full message >>>
Plant a Tree In Memory of Your Loved One
Click Here
Menu 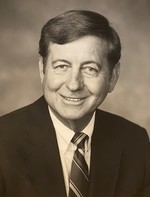 Thomas "Tom" Melwyn Swain, 80, of Bushnell, FL, departed this life Wednesday, July 22, 2020, in Ocala, FL. Tom was born August 1, 1939 in Wahoo, Florida to Earl and Margaret “Helen” (Sharpe) Swain. He was an outstanding athlete at Bushnell High School and graduated class of 1957. His athletic ability afforded him consecutive football scholarships to Middle Georgia College then Morehead State University, KY which paved the way for him to be the first in his family to obtain a bachelor’s degree in 1962. He then continued at Xavier University, OH where he obtained a master’s degree in 1970. After graduation, Tom became a Physical Education teacher and successful Head Football Coach at Portsmouth West HS, OH. In 1972 he moved back home with his family and took the Head Coaching job at Citrus High in Inverness, FL where he led the Hurricanes to 5 straight district championships and 2 state title games. He was also voted Citrus County “Man of the Year” in 1974.

Tom’s life of public service extended well beyond the four walls of the classroom and the football field. In 1976 he was elected to the office of Sumter County Tax Collector and continued to serve in that office for 36 years before retiring. While Tax Collector, he served a term as the President for the Florida Tax Collector’s Association. He was also an active member of the First Baptist Church of Bushnell, Wildwood Rotary Club (where he served a term as President), and many other service organizations. Tom was an avid sports fan, hunter, fisherman, and enjoyed spending time with his family. Though he was known by many as “coach”, he was known by all as “friend”.

He is survived by his wife of 23 years, Rita McNeal Swain; sons: Thomas Christopher “Chris” Swain of Bushnell, FL; CDR Luke Jones Swain (Loree) and their children, Sawyer and Lily of Hanford, CA; step-sons: Ray McNeal (Rhonda) and their children Katlyn and Breanna of Ocala, FL; Chris McNeal (Theresa) and their children Collin and Connor of Tampa, FL; brother: Dale Swain (Kay) of Bushnell, FL; sisters: Patsy Hall (Bobby) of San Antonio, FL and Peggy Wood (Mike) of Wildwood, FL; along with many nieces, nephews, cousins, great nieces, and great nephews. Tom was preceded in death by his parents Earl and Helen Swain.

Due to health and safety concerns for family, friends, and the community during this time of pandemic, no public services will be held. There will be a private family service held at a later time.


Provide comfort for the family by planting a tree in memory of Thomas "Tom" Swain, please visit our Heartfelt Sympathies Store.