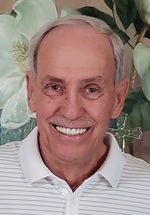 Phillip Davies Munden, 76, of The Villages, Florida passed away on Sunday, June 14, 2020. Born on December 4, 1943 in Lanesboro, Minnesota, he was predeceased by his parents Phyllis and Richard Munden and his sister Susan Munden Alderman. Phil leaves his two children, Scott and Christine Munden and his former wife, Ruth, all of Bedford, Massachusetts, and his two brothers, Ralph Munden and his wife Donna of The Villages and Fred Munden and his wife Gabriela of Port St. Lucie, Florida, several cherished nieces and nephews and his dear friends Don and Carla Fox. Phil spent a good portion of his childhood in Guam, Okinawa, the Philippines and multiple stateside locations as an "Army brat." He served in the United States Army from 1961 to 1964 during the Cuban Crisis and spent his entire Army career stationed at a NIKE site in Winthrop, Massachusetts. He worked for 20 years at Millipore Corporation in Bedford, Massachusetts and then ran his own high purity water filtration business until his retirement. Phil loved The Villages and his job at the Chatham Recreation Center working as a recreation assistant where he met many good friends. He enjoyed taking care of his gardens, rides in his 1978 Corvette and playing the game of golf whenever he could. Phil will be buried at the Florida National Cemetery in Bushnell, Florida in late July with military honors provided by American Legion Post 347 where he was a member. Memorials may be made to The Salvation Army - salvationarmyflorida.org or a charity of your choice.
Arrangements entrusted to Beyers Funeral Home and Crematory, Lady Lake, Florida.

To send flowers to the family or plant a tree in memory of Phillip Davies Munden, please visit our Heartfelt Sympathies Store.