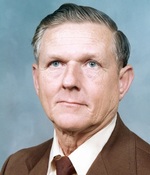 He was interred at the Florida National Cemetery for veterans, Bushnell, Florida, near his brother.

He attended the United Faith Assembly of God until he was no longer able, due to his health.

CJ spent his early years on a Harley Davidson, cruising the highways and byways from Miami to Orlando. He feasted on oranges and mangos picked from the tree, swam Miami’s Venetian Pool when it was the place to be, and walked the length of Flagler Street in search of something to see.

The army drafted him for WWII, but then denied him enlistment due to color blindness. They drafted him again for the Korean Conflict. He was inducted on February 14, 1955, trained as an army artilleryman at Fort Bliss, Texas, and served a 2-year enlistment. Due to an administrative mix-up, his unit shipped out to Korea without him. He was instead assigned to Staten Island, New York, with A Battery, 12th AAA Battalion, Miller Field.

After the army, CJ worked in a variety of occupations, primarily as a block mason, carpenter, and equipment operator. His last position was with Minute Maid, a division of Coca Cola, in Leesburg, as a juice canning machine operator. He retired in 1991.

His favorite pastimes were yard work, camping, fishing, and hunting. Back when it was legal to do so, he especially enjoyed hunting and eating Florida’s gopher tortoise. He would often side gopher stew with hearts of palm ‘swamp cabbage’, cooked to perfection in a large pot. It was a favorite meal for him and his uncles, Alvin and Clarence. The three of them together were a non-stop chorus of country wit and humor, sure to make your jaws ache.

CJ was the proverbial traveling man, constantly on the move, visiting family members wherever they might be. He and his dog, George, rolling up the drive were always a welcome sight. You never saw one without the other. There were many other pets in his life, but CJ and that black and white beagle/bluetick mix were an unforgettable pair.

And while he was often on the road, he seldom left the state. He loved Florida and endeavored to enjoy everything his state had to offer. He fished every bay and fishing hole, swam every lake, and hunted every forest. On weekends he explored the less traveled areas in search of the best camping spots, usually next to a spring-fed, crystal-clear pond few had ever seen. “Carry out everything you carried in,” he would say. He protected and preserved the land and waters, a true environmentalist, before it was fashionable to do so.

CJ was known far and wide for his practical jokes. Many can attest to his innate talent for timing and execution. His jokes ranged from the simple finger-to-the-cheek-when-you-weren’t-looking to the more elaborate sneak-in-at-night-and-scare-the-wits-out-of-someone. Young nephews and nieces were his targets of choice, but no one was safe.

His final home was a house he built with his own hands. It started as a single-room cabin retreat in the woods but, over the years, it grew into a rambling compound, and home to numerous family members. Each 4th of July, for many years, it was the site of the annual reunion which brought family and friends from miles away to enjoy barbeque, conversation, and CJ’s obligatory watermelon eating. The American flag always waved proudly from the carport.

He never had children of his own and wasn’t a father in the physical sense, but there was no better uncle. When fathers weren’t around, he filled the void with camping, swimming, movies, and ice cream. There was lots of ice cream. But even more, he was a good person, a moral pillar, a beacon who pointed the way through the landmines of childhood. And, most of all, he was dependable. He never failed to come when asked.

CJ was a friendly sort, generous to a fault, and always willing and eager to lend a hand, which he often did for family and friends. His skills were much appreciated when someone needed help with renovating, building a porch, or constructing a house in the mountains. He did the work without complaint, he did it to perfection, and he stayed until the job was done.

He was a character, a unique personality, who left a positive and lasting impression on everyone he met. Uncle CJ will be missed but never forgotten.

No flowers are being accepted. In lieu of flowers, the family encourages you to donate to your favorite charity in CJ's name.


To send flowers to the family or plant a tree in memory of Clinton James Bunting, please visit our Heartfelt Sympathies Store.