To share your memory on the wall of Lida Holden, sign in using one of the following options:

Her three younger sisters called her “Toodles,” a name affectionately bestowed upon Lida by her father. He got the name from a prized miniature race car, with the name "Toodles" written on the side, which he won in a poker game.

During her youth, the Florida Keys did not have schools beyond the elementary grades, so Lida was sent to study at Ashley Hall in Charleston, South Carolina, for her junior-high-school years and later to Coral Gables High School, Coral Gables, Florida. A swimming and diving champion, Lida attended the University of Mississippi on a partial swimming scholarship. An excellent student, she graduated in 3-1/2 years with a degree in teaching.

Her first teaching job was in Ocala, Florida. It was in Ocala that Lida met Thomas Cleary "T.C." Holden on a blind date. It was a steamy romance, which included a marriage proposal in the back seat of a car, and culminated in a wonderful 52-year marriage that ended with T.C.'s death in 2014.

Following marriage, the couple moved to Orlando, Florida, where they adopted four children - three sons and daughter - and became foster parents to another son. An avid fisherwoman, Lida encouraged her family's love of the outdoors. Summers memories included countless camping and fishing adventures.

While their children were young, Lida was a stay-at-home mom. But she never missed an opportunity to contribute financially, working at times as a telephone operator, a butcher at a meat-packing plant, a substitute cafeteria employee, a nurse's aide, and as the owner of a small adult daycare for people with disabilities.

Lida returned to teaching after her youngest entered elementary school. She spent many years teaching English at Maynard Evans High School in Orlando, Florida, where her love of all children was obvious to her students, who remember her bubbly spirit and kindness.

Her retirement years were spent in Church Hill, Tennessee, and in Lake County, Florida. Though retired, she never tired of working and hosted many garage sales, which were more about making people happy than about making money. She relished watching people get a great deal and got great joy from giving away things for free.

Lida enjoyed every opportunity to see her grandchildren and great grandchildren, to tell or hear a joke, and to help anyone with whom she came in contact. She is known for her wide smile, her twinkling eyes, her contagious laugh, and her ability to make the world a better place for having lived.

She will be missed by many.

A Celebration of Life will be held this summer. Date to be determined.

In lieu of flowers, donations may be made to the Wounded Warrior Project (https://support.woundedwarriorproject.org/).
Read Less

There are no events scheduled. You can still show your support by sending flowers directly to the family, or planting a memorial tree in memory of Lida P Holden.
Plant a Tree

We encourage you to share your most beloved memories of Lida here, so that the family and other loved ones can always see it. You can upload cherished photographs, or share your favorite stories, and can even comment on those shared by others.

Posted Apr 02, 2020 at 12:51pm
I am one of Lida's (Toodles) cousins on her mother's side of the family. My name is Aileen Dudley Walton, I live in Vancleave, Mississippi. I am 2 years older than Lida and when we were very young we played together. My parents and I moved to Florida from Arkansas to be closer to my Mother's family. Uncle Brooks Bateman got my Father work there during the Depression days. Lida and I came in contact several times over the years, but not any in many years. We did talk by phone a few years ago. I am truly saddened by my Toodles death. I want all of her love ones to know how sorry I am, along with my family. May God give you the comfort you need in this sad time. Love to all of you, Aileen
Comment Share
Share via:
TK Lovely picture of her!! This is how she looked the last time I was with her. Her cousin, Aileen Dudley Walton 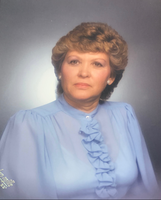 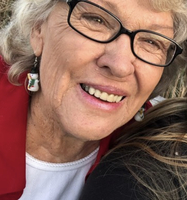