To share your memory on the wall of Priscilla Echols, sign in using one of the following options:

Priscilla Campbell Echols passed away on February 8, 2020, at her home at The Villages, Florida. She was 61 years old. A native of Tallahassee, Florida, Priscilla was born on October 27, 1958. She attended Tate High School and received her bachelor’s degree with honors in Literature at Eckerd College in St. Petersburg, Florida. She received her master’s and Ph.D. degrees from the Institute of the Liberal Arts at Emory University in Atlanta, Georgia, and an MSW degree from the University of Georgia. She participated in the HERS/ Mid-America Summer Institute for Women in Higher Education Administration in 1995 and the Emory University Excellence through Leadership Program in 2006-7.

Dr. Echols taught various courses at Emory across academic departments, including “Introduction to Violence Studies,” “Religion and Contemporary Experience,” “Biblical Literature,” “Biblical Imagery in Twentieth Century Literature,” “Images of the Apocalypse,” as well as “Medieval Italian Women’s History” and “Dante’s Inferno,” in the Emory Summer Abroad in Italy Program. She received a Certificate of Special Recognition for her work with the Freshman Advising and Mentoring Program at Emory in 2006, the Outstanding Faculty Leader in Service Award, presented by Omicron Delta Kappa Honor Society, 1997, and the Friends in Faculty Award, presented by the Emory Division of Campus Life, 1997.

The Emory College of Arts and Sciences honored Dr. Echols on her retirement by establishing the Priscilla Echols Resilience Award. This award assists a college student who has overcome significant difficulties to reach graduation. The first student award recipient unexpectedly became the primary caregiver of younger siblings when his parents were deported. Nonetheless the student managed to complete his studies and graduate. This award honors the dedication and tireless efforts of Dr. Echols to help students find a successful path to graduation.

Dr. Echols was an accomplished singer who participated annually in the “Festival of Nine Lessons and Carols” Christmas Concert at Emory. She was a devout Christian, a devoted family member, and a good friend to many. She was preceded in death by her father, Reverend Charles W. Echols, Sr., her mother, Alice M. Echols, and her sister, Jane E. Hunter. She is survived by her brother, Charles W. Echols, Jr.,
her sister-in-law, Kathleen L. Echols, her brother-in-law, James Hunter, and several nieces, nephews, and grandnieces.

There are no events scheduled. You can still show your support by sending flowers directly to the family, or planting a memorial tree in memory of Priscilla Campbell Echols.
Plant a Tree

We encourage you to share your most beloved memories of Priscilla here, so that the family and other loved ones can always see it. You can upload cherished photographs, or share your favorite stories, and can even comment on those shared by others.

Posted Mar 30, 2020 at 11:51am
Thinking of my family, hoping everyone has found comfort in our loss of someone so dear. Aunt Priscilla left a beautiful example of kindness to all.

Posted Mar 21, 2020 at 08:40am
Remembering you and "Priscilla Echols" in our minds and in our hearts. Her kindness and genuine caring will be missed by me and my husband.

Sweet Tranquility Basket was purchased for the family of Priscilla Echols.

Posted Feb 17, 2020 at 02:39pm
It breaks my heart to her of Dean Echols' passing. While I was a student at Emory, she served as my professor, advisor, counselor, and friend. I couldn't have asked for a kinder spirit to help me through some of the most challenging years of my life. She will be greatly missed.
Comment Share
Share via: 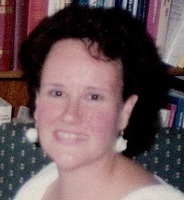