In Memory of
Jerry Paul
Peterson
1939 - 2020
Click above to light a memorial candle.
Memorial Candle Tribute From
Beyers Funeral Home and Crematory
"We are honored to provide this Book of Memories to the family."
View full message >>>
Send Flowers
Menu 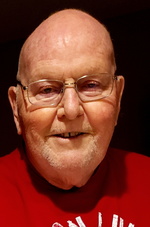 Jerry Paul Peterson passed away in The Villages of Florida on February 7, 2020 at the age of 80. He is survived by his beloved wife of 57 years, Patricia (Macey) Peterson, sons Matt of Dublin, Ireland and Troy (Julia Meyerovich) of St. Petersburg, Florida and granddaughters Alyssa, Kelsey, and Corrine, all in Michigan. Also surviving are sister Nancy Peterson, niece Michelle Maxson and nephew Bryan Peterson, all of Grosse Pointe Woods, Michigan. He was pre-deceased by his parents Paul and Margaret Peterson and his son Todd.
Jerry spent most of his years in Battle Creek, Michigan. He graduated from Battle Creek Central (1957), Hillsdale College, and did graduate work at Michigan State University. While at Hillsdale, he earned eight varsity letters in cross country, wrestling, and baseball, serving as co-captain of the wrestling team his senior year. Jerry was a teacher / coach at Portage and Springfield schools over his thirty years in education. His wrestling teams earned many local and state accolades during that time. Jerry was also Athletic Director at Springfield High School. He finished his educational years teaching adult education in the Battle Creek schools. Jerry also served on the vestry and ushered at St. Thomas Episcopal Church.
Jerry and Pat spent their retirement years as ‘snow birds’, living the winter months in The Villages. They had a special companion named Tapper who they enjoyed walking every day. Jerry played recreational softball there for many years. Jerry will be remembered for his terrific sense of humor and his love of sports. He was a huge fan of all University of Michigan teams as well as the Detroit Tigers.
A memorial gathering will be held in The Villages April 5 and a funeral will be held in Battle Creek on June 13 at 1:00 PM at St. Thomas Episcopal Church. In lieu of flowers or gifts, please send contributions to the Humane Society of South Central Michigan, 2500 Watkins Road, Battle Creek, MI 49015, The American Heart Association or to cancer research.

To send flowers to the family of Jerry Paul Peterson, please visit our Heartfelt Sympathies Store.