To share your memory on the wall of Aaron Davenport, sign in using one of the following options:

Print
Aaron Lee Davenport 38, of Umatilla, FL passed away on February 3, 2020. He was born June 8, 1981 in Titusville, PA. Aaron was an Inventory Specialist for Westinghouse.

He is survived his paternal grandparents: Harland and Dorothy Davenp... Read More
Aaron Lee Davenport 38, of Umatilla, FL passed away on February 3, 2020. He was born June 8, 1981 in Titusville, PA. Aaron was an Inventory Specialist for Westinghouse.

Thirty eight year old Aaron Lee Davenport slipped from this life, in which he had many physical struggles, to be in God’s presence on February 3, 2020 at 9:35 am. Aaron’s friends will remember him as a hard worker, quick with a smile, and a laugh; as someone they could count on if they needed anything. Aaron would literally give you the shirt off his back.

Aaron’s nieces and nephews will remember him as the uncle who was so tall they could climb on him like a tree and he would let them. Aaron’s brothers will remember him not only as a brother, but a friend; someone who would keep their secrets and who shared their boyhood adventures with; someone who would loan them money if they were in a little trouble and never tell mom and dad.

Aaron had a kind and generous spirit. He was fortunate enough as a young man to go on several missionary trips to Mexico and Africa with his church. This sparked a love of traveling in Aaron and he went on to travel extensively in his twenties. The highlight of Aaron’s life was three months in Africa; working on a lion preserve. Aaron dug fence posts and repaired fencing. In his spare time, he played and socialized with lion cubs. He made friends there who had stayed in touch with him for the rest of his life.

We will all miss him dearly, but know that after a very long battle with illness, Aaron is walking again, seeing clearly, and playing in Heaven with his lions. We know he is safe with God, and knowing this…until we see you again, our sweet middle son. Love, Mom & Dad.

A memorial service will be held at a later date in his hometown of Titusville, PA. Online condolences may be made at www.beyersfuneralhome.com.
Read Less

There are no events scheduled. You can still show your support by sending flowers directly to the family, or planting a memorial tree in memory of Aaron Lee Davenport.
Plant a Tree

We encourage you to share your most beloved memories of Aaron here, so that the family and other loved ones can always see it. You can upload cherished photographs, or share your favorite stories, and can even comment on those shared by others.

Posted Feb 10, 2020 at 05:33pm
Dale, Cindy and to the rest of the family. You are in our prayers during this difficult time. What a joy it was to know Aaron as a young man. Nothing but fond memories. Pastor Bill and Kathy Hopkins
Comment Share
Share via:

Posted Feb 08, 2020 at 02:10pm
Aaron was hands down the best uncle. As a child, I would always want to go out and play in the snow but no one wanted to go outside with me. I knew when my uncle Aaron got out of work, no matter how long he worked for, he’d gladly go out with me and build the best snowman we could make.. He’d do anything to make people happy.❤️
Comment Share
Share via:

Cindy and Dale, am so sorry for you loss! My thoughts and prayers are with you during this time and in the days that come. May God bless you and give you strength! Thinking of you, always! -Kim (Huffman) Oviatt 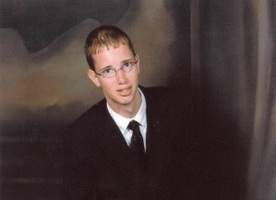