To share your memory on the wall of Bascom Tucker, sign in using one of the following options:

Provide comfort for the family of Bascom Tucker with a meaningful gesture of sympathy.

We encourage you to share your most beloved memories of Bascom here, so that the family and other loved ones can always see it. You can upload cherished photographs, or share your favorite stories, and can even comment on those shared by others.

Jim and Susie Garrett and The Barnett Family have sent flowers to the family of Bascom "Murray" Tucker Jr..
Show you care by sending flowers

Jim and Susie Garrett purchased flowers and planted a memorial tree for the family of Bascom Tucker. Send Flowers

Posted Jan 27, 2020 at 05:08pm
B.Murray has been a friend for almost 70 years since he came to Leesburg. He was brilliant man and a great
sportsman. He was always so helpful in our LHS Class Reunions as our "Treasurer". I hope many of our classmates
will come on Feb 8 to say goodbye . We will miss you
Butch O'Kelley
Comment Share
Share via:
PG

Posted Jan 27, 2020 at 11:59am
My earliest memory of knowing Murray was in 1955. It was about the 10th grade. He invited me to go to his father's shop
on Highway 27 behind the Leesburg High School. He gave me a tour and explained all of the equipment and machines.
He was converting a single shot 22 rifle to use a clip. I was amazed at what he knew. We were friends from then on. I
especially remember in later years how much he did for our Class Reunions. "Class of '58" Leesburg High School.
Harry Griffith
Comment Share
Share via: 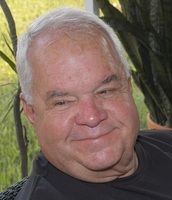