To share your memory on the wall of Earl Cuppels, sign in using one of the following options:

Print
Earl Martin Cuppels, age 72, died Saturday December 28, 2019 after a 2 ½ year battle with cancer. He was a resident of Fruitland Park for the past 33 years. Born April 16, 1947 in South Kingstown, RI to Martin and Isabella Cuppels.

Earl was a proud United States Marine, serving from 1965-1969. He is a veteran of the Vietnam War, where he received several medals, including the Purple Heart and Bronze Star.

In lieu of flowers, donations can be made to First Baptist Church Leesburg Christian Care Center or Cornerstone Hospice.
Read Less

To send flowers to the family or plant a tree in memory of Earl M Cuppels, please visit our Heartfelt Sympathies Store.

We encourage you to share your most beloved memories of Earl here, so that the family and other loved ones can always see it. You can upload cherished photographs, or share your favorite stories, and can even comment on those shared by others.

Guaranteed hand delivery by a local florist
BC

Posted Jan 03, 2020 at 07:14pm
Earl was truly a very special person. He lived a Christian life and enjoyed sharing the Bible passages with his friends and family. He and Donna were true examples of a Christian couple and family. It was such a pleasure for us to know him for many years before he became so sick. He never lost faith and was comfortable in knowing where he was going. He was at peace. Our thoughts and prayers go to Donna and her family. We love you and will help in anyway we can. We are only a phone call away. God bless you and your entire family. Betty & Bill Cunningham
Comment Share
Share via:
SS

Donna, you and your family remain in my prayers. Earl, Rest In Peace, Marine and bask in the glory of God’s grace. Much love to all. Sharon Prosser Stephenson
HS

Posted Jan 03, 2020 at 10:08am
Our thoughts and prayers are with you and your family... with love and fond memories, Walt and Cindy Lobinske

Flowers were purchased and a memorial tree planted for the family of Earl Cuppels. Send Flowers

Steve and Laurie Gehring purchased flowers and planted a memorial tree for the family of Earl Cuppels. Send Flowers

Orange Avenue Baptist Church purchased the Dreams from the Heart Bouquet for the family of Earl Cuppels. Send Flowers 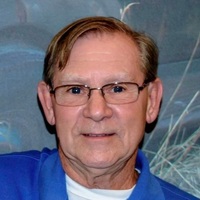