In Memory of
William A.
Scherr III
1941 - 2019
Click above to light a memorial candle.
Memorial Candle Tribute From
Beyers Funeral Home and Crematory
"We are honored to provide this Book of Memories to the family."
View full message >>>
Send Flowers
Menu

Obituary for William A. Scherr III 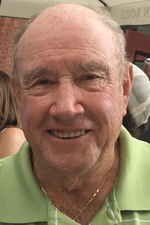 God called his dedicated servant, Colonel (Ret) William “Bill” Scherr III home on Thursday, December 5, 2019. Bill was born on February 24, 1941 to Alice and William Scherr Jr. of Jamaica, NY and grew up in Valley Stream, NY. He leaves behind his loving wife of 55 years, Jean.

Bill graduated from Chaminade High School in Mineola, NY in 1958 and received an appointment to the United States Military Academy at West Point. He graduated from West Point with a Bachelor of Science Degree in 1962 and received a commission in the U.S. Army. He went on to serve a distinguished 30-year career in the United States Army that included multiple overseas tours in Korea, Vietnam, and Germany. He received many awards for his military service to include the Bronze Star with Valor Device. Bill also went on to earn a Master of Science Degree in Information Management from the University of Southern California in 1981.

Bill and Jean settled in Jericho, Vermont in 1987. Bill retired from the Army and began a second career in financial management working as a comptroller for the Vermont Department of Education. They retired in 2002 and relocated to The Villages in Central Florida. Bill remained active with the West Point Alumni Association his entire life and traveled frequently with them. Bill also loved golfing and competed with the Bandit’s Golf Team. He was active at Saint Mark’s Church in Summerfield, FL as a Eucharistic Minister. He was a member of the St. Vincent de Paul Society, The Knights of Columbus, and was an Oblate of Saint Leo's Abbey in St. Leo, FL.

Last respects can be offered at Beyers Funeral Home in Lady Lake, FL, on Tuesday, December 10, from 2:00 to 5:00 PM. A Requiem Mass will be celebrated at Saint Mark the Evangelist Catholic Church in Summerfield, FL, on Wednesday, December 11, at 10:00 AM, followed by a repast in the Church Hall. Bill will be interred at the Florida National Cemetery in Bushnell, FL with full military honors on Wednesday, December 11 at 1:30 PM.

To send flowers to the family of William A. Scherr III, please visit our Heartfelt Sympathies Store.