To share your memory on the wall of Woodrow Blevins, sign in using one of the following options:

Provide comfort for the family of Woodrow Blevins with a meaningful gesture of sympathy.

He grew up as a Gold Gloves boxer, designed and built fuels cells for Goodrich Aerospace ... Read More
Woodrow “Woody” Blevins passed on Tue., Nov. 26 at the age of 104. He was born on Mar 30., 1915 in West Virginia and was raised in Akron, Ohio.

He grew up as a Gold Gloves boxer, designed and built fuels cells for Goodrich Aerospace during World War II, started a manufacturing enterprise, played guitar and toured with a jazz band, owned a restaurant, took up body building, built homes and founded Blevins Construction, taught himself how to golf, raised his daughter, Darla and helped raise his grandson, Garin.

He moved to Miami in 1968 building homes while becoming a licensed building inspector for Dade County. He met the love of his life, Leah, moving to Howey-in-the-Hills and marrying her in 1980. He built two homes including his “forever” home at 108 East Cypress Ave. with Leah as his trusted helper. They then developed Blevins Park at 600 N. Palm Ave.

He was a true genius and exceptionally hard worker who lived fiercely and tried to leave the world a better place, imparting wisdom and blessing others in a variety of ways. He was a “Renaissance Man” who could serenade you with his guitar, humor you with his wit, create, design, and build anything he imagined, solve complex problems, teach himself in anything he had an interest, and create a legacy through things such as Blevins Patriot Park which he built with Leah and donated to the town of Howey at the age of 102.

He was preceded in death by his parents including his beloved mother, Artie; his brother Paul; his daughter, Darla and her mother Betty. He is survived by his precious wife and partner, Leah; step-sons Richard (wife Carlotta) and John Reeves (partner Leah) and numerous grand and great-grandchildren; grandson, Garin Berry (wife Melissa); great-grandsons, Brock (wife MacKenzie) and Jacob Berry and their mother, Laura; dear neighbors and friends Wayne “Pat” Degeorge and Lisa Cunningham; Vince Brammeier with son, Gage, and daughter, Sarah; John and Peggy Ernest; Bill and Linda Dixon; Mr. and Mrs. Richard Messersmith and many other admiring neighbors and Howey residents.

We encourage you to share your most beloved memories of Woodrow here, so that the family and other loved ones can always see it. You can upload cherished photographs, or share your favorite stories, and can even comment on those shared by others.

Posted Dec 02, 2019 at 09:32am
I grew up across the street from Woody and Leah at 111 E Cypress (Grimes Family), but have since moved away. Woody was always such a kind neighbor and such a hard worker around the house and in his beautiful yard. I'm sorry that I didn't see the announcement until today and that I missed the service. Prayers for Leah & family. 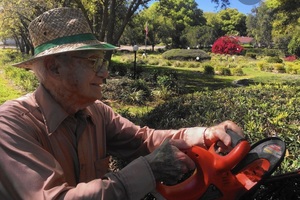 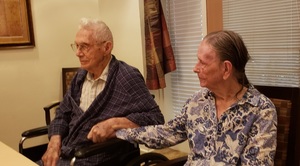 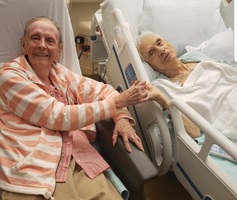