To share your memory on the wall of Nancy Milani, sign in using one of the following options:

Nancy was an honors graduate of York High School. She attended the University of Maine and the University of Nebraska, Omaha, and was a graduate of the University of Michigan Real Estate Institute. Nancy had a variety of careers; she was a histologist at Columbia-Presbyterian Hospital in New York City, a legislative assistant at the New York State Assembly, a kindergarten teacher, and she was the first female supervisor at Addressograph-Multigraph. She found her true vocation when she began selling real estate in the early 1970’s. During a career that spanned over 30 years, she co-founded a real estate brokerage and building company in Plainwell, Michigan and co-founded Points East Properties in York, Maine. She served on numerous professional real estate boards and committees, and was the first woman to be appointed to the Michigan Real Estate Board of Arbitration. After retiring from real estate, she co-owned and operated The Oracle House Inn at Strawbery Banke in Portsmouth, New Hampshire.

Nancy had a passion for politics and served as a campaign manager/consultant for several Congressional campaigns. She coordinated and hosted fundraising events for candidates, including President George H. W. Bush, Senator John McCain, and Governor John McKernan. She was the former Chairman of the York Republican Committee, Chairman of the York County Republican Committee, and Maine State Republican Committee member. She served as the President of the Maine State Federation of Republican Women and was the Vice President of the New England Ripon Society. Under Governor Angus King, she served on the Advisory Council for Economic Development in Maine and the Advisory Council for Aging and Retirement in Maine.

Nancy was a voracious reader and loved music, dancing, films, theater, family genealogy, and long walks. She was an exceptional public speaker and made friends easily. She had a wicked sense of humor and was very artistic. A granddaughter of an Irish immigrant, she spent a wonderful year traveling throughout Ireland visiting family members. She lived her later years in Eastport, Maine and recently relocated to The Villages, Florida. She was devoted to her family and she will be dearly missed by all who loved her.

She leaves behind her beloved family: her children, Christopher Milani (Kim) of Plainwell, Michigan, Kimberly Milani Crisp of Portsmouth, New Hampshire, and Kristen “Cricket” Mullaney (Brian) of Belmont, Massachusetts; her grandchildren, Christopher II and Joshua (Ashley) Milani, Aidan and Samuel Crisp, and Maura, Charles, and Quinn Mullaney; her great-grandchildren, Lexus, Kaitlyn, and Easton Milani; and her brothers, Charles “Chilla” Hayward, Jr. (Judy) of Dayton, Maine and Michael Hayward (Margaret) of Falmouth, Maine. She will be lovingly remembered by her extended family of nephews, nieces, and cousins and a large circle of friends, including her boyfriend, Lester Jones of The Villages, Florida. Along with her parents, Nancy was predeceased by her former husband, Donald Milani, and her sister, Patricia Hayward LaGuardia.

A Celebration of Nancy’s life will be held in the summer of 2020.

In lieu of flowers, donations may be directed to The O’Leary Foundation, PO Box 64, Richland, Michigan 49083, O’LearyFoundation.com.

There are no events scheduled. You can still show your support by sending flowers directly to the family, or planting a memorial tree in memory of Nancy H. Milani.
Plant a Tree

We encourage you to share your most beloved memories of Nancy here, so that the family and other loved ones can always see it. You can upload cherished photographs, or share your favorite stories, and can even comment on those shared by others.

I awoke this morning with joy in my heart,
those beautiful brown eyes,
that lightning smile.
What a joy to love you so much.

I met her over 25 years ago during a campaign, of course. It occurred during the summer in downtown Portsmouth, NH. We became instant, close friends. She was one of those very rare individuals that when you clicked you knew it would be a special, lifelong friendship.

Although I regularly referred to her as "Beautiful," it wasn't just because she was a beautiful woman, but also because her heart and soul was beautiful in so many ways.

Her quick wit was delicious. She had a smile and an energy that lit up a room. Her intuition, emotional intelligence, and sense of fun were always apparent. Nan was a fantastic storyteller, especially when she talked about family or New England history.

She was a Yankee steel magnolia. Nan was fair, determined, and never stopped sharing her pride regarding her children, grandchildren, great grandchildren, and extended family. She was a fierce advocate and defender of her family and friends. Nan often spoke about her beloved "people of Maine."

Words or phrases that immediately come to mind when I think of her include: fair, kind, gentle, tough, resilient, grateful, tenacious, and proud Mainer. Nan epitomized New England Yankee.

Nan leaves a remarkable legacy. She touched the lives of so many people in a profound, positive way. It's impossible for me to express how much I'll miss Nan.

Keeping you in my prayers, Beautiful, knowing you're with the angels. Sending prayers for your amazing family.

Posted Nov 14, 2019 at 08:23am
While being out and about in Eastport, Maine. It was always an extreme pleasure to run into Nan. This, of course, meant for a lengthy conversation and a bit of "catch up". I can't remember going to any functions at the Eastport Art Center without seeing Nan. You are love and missed Nan.
Comment Share
Share via: 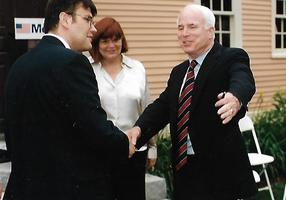 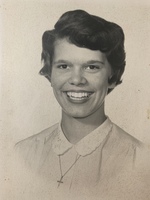 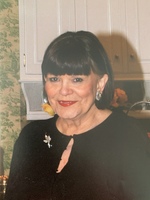