To share your memory on the wall of Carl Gakstatter, sign in using one of the following options:

Carl Gakstatter was an amazing husband, father, grandfather, brother and friend. He was a proud, humble and generous man. His Christian faith touched many lives including his children. To them he set the example of hard work, determination, and integrity. He had a loveable and amazing humor. Carl was brilliant, extremely intelligent, and a true gentleman. He will be deeply missed by many. He had a great love of his family and truly enjoyed every moment he ever spent with them.

A visitation will be held in the Chapel of Beyers Funeral Home, Umatilla from 4-6 p.m. with a Prayer Vigil at 5:30 p.m. on Tuesday November 5, 2019. The Mass of Catholic Burial will be Wednesday November 6, 2019 beginning at 10 a.m. at St. Mary of the Lakes Catholic Church in Eustis FL with Father Carlos Bedoya officiating, with a Committal service including Military Honors to follow at Florida National Cemetery at 12:30 p.m. In lieu of flowers donations may be made to the Mayo Clinic in Jacksonville, FL, Cornerstone Hospice at 2445 Lane Park Road, Tavares, FL, or the Advent Health Waterman Foundation in Tavares, FL.
Read Less

To send flowers to the family or plant a tree in memory of Carl E. Gakstatter Jr., please visit our Heartfelt Sympathies Store.

We encourage you to share your most beloved memories of Carl here, so that the family and other loved ones can always see it. You can upload cherished photographs, or share your favorite stories, and can even comment on those shared by others.

Posted Nov 04, 2019 at 06:24pm
Sending all of our love and wrapping you all up in a big hug. Our thoughts and prayers are with you. Wish we could be there with you.

Love, Debbie, Margaret,Elizabeth and family purchased flowers and planted a memorial tree for the family of Carl Gakstatter. Send Flowers

Posted Nov 04, 2019 at 04:19pm
Sandy and Bill will miss all the great times they had with Carl and Kay before they moved to Altoona and when we got together after they moved. Carl was a real gentleman with a dry sense of humor that some times caught you of guard. Oh the good times we had. Rest in Peace dear friend. God Bless.
Comment Share
Share via: 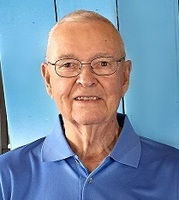