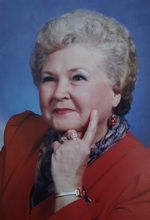 Betty June Twigg, 83 of Groveland, Florida passed away at her home on Tuesday, October 29, 2019 after a brief battle with cancer.

She was born on August 1, 1936 to Edward and Lizzie Douglas in Groveland, FL. She is preceded in death by her parents and 8 brothers and sisters. Also husbands Rolando Galassi, Harvey Cofield and Edward Lawrence.

She grew up and lived in Groveland, Fl all her life. She married Rolando Galassi right after high school and they raised 3 children, Terry, Lonnie and Steve. She retired from the Lake County School System after 32 years starting as secretary at Groveland High School and then secretary to 3 different superintendents at the county office in Tavares. She also worked as secretary for Roberts & Law for a year and her last job was part time secretary at First Baptist Church of Groveland.

Her passion was her family. Sunday dinners were held every month at her house to honor the ones having a birthday that month. She was a lifelong member of the First Baptist Church of Groveland and served on any committees that she was asked to do. She loved our Lord and her church family. She was also a great counselor. Everyone went to her for advice and received love and understanding from her and a few lectures!

She also loved fishing where she had a camp at Inglis, FL for many years, bowling, playing cards, traveling and going on cruises. She was a member of various civic groups throughout the years. Most recent was the South Lake Rotary Club where she served as president for one year and where she met her husband Trevor.

This obituary is protected by copyright by Leesburg. Proudly Serving the Communities of Leesburg, The Villages, Lady Lake, Umatilla, Bushnell, Astor, Lake County, and Sumter County. Leesburg is located in the state of Florida, United States.