To share your memory on the wall of Edward Schlein, sign in using one of the following options:

Provide comfort for the family of Edward Schlein with a meaningful gesture of sympathy.

Print
Dr. Edward Schlein, husband, father and grandfather; former Leesburg City Commissioner, and head of the Emergency Department at Leesburg Regional Medical Center for decades, passed away peacefully at his home last Friday. He was 80.

As E... Read More
Dr. Edward Schlein, husband, father and grandfather; former Leesburg City Commissioner, and head of the Emergency Department at Leesburg Regional Medical Center for decades, passed away peacefully at his home last Friday. He was 80.

In the 1960s, he was drafted and served on what he called the “Robert McNamara Foreign Study Program,” on a tour of duty as a flight surgeon in Vietnam.

He returned home to practice medicine in Texas, Louisiana and Florida. He served on the Board of Directors at UF’s Shands Teaching Hospital and was universally well regarded as a great emergency room physician and leader.

He raised five children, Michael, Mark, Matt, Mandi and Michelle, who are all proud Gator fans.

He was proudly contrarian, stubborn and didn’t suffer fools well. He was also kind, generous and bitingly funny with sarcastic wit. He wore mutton chop sideburns through most of the 70s and 80s and was as comfortable among his friends at the fish camp as he was with his colleagues in the medical profession.

He loved dancing, Bill Haley and the Comets, The Florida Gators, bass fishing and tournaments, Heinekens, and above all else his wife Kay, his children and grandkids, who all adored him. He was often at his happiest when his family would meet at his spot in the Bull Gator parking lot before home games at The Swamp.

Ed is survived by his wife Kay and his children, Michael, Mark, Matt, Mandi and Michelle.

There will be a memorial service at Good News Church in Leesburg on Saturday, 11/2 at 2 PM. His family asks that in lieu of flowers that donations be made in his name to Good News Church in Leesburg, FL or to Combat Veterans To Careers, which they can do in his name, www.combatveteranstocareers.org, or by sending a check to 400 E Gulf Atlantic Hwy, Wildwood, FL 34785.

To send flowers to the family or plant a tree in memory of Edward Michael Schlein MD, please visit our Heartfelt Sympathies Store.

We encourage you to share your most beloved memories of Edward here, so that the family and other loved ones can always see it. You can upload cherished photographs, or share your favorite stories, and can even comment on those shared by others.

Posted Nov 04, 2019 at 08:37am
I did not know Dr.Schlein personally but he treated me many times at the emergency at LRMC.H e always showed care ,compassion and a reassuring pat on the hand.He was an excellent doctor.Our community has lost a wonderful person.
Comment Share
Share via:

Posted Oct 31, 2019 at 04:19pm
Dear Kay and family,
I am so sorry to learn of your husbands passing. I am also sorry we never got together in Leesburg to meet and re-new our childhood relationship. I return to Fruitland Park in the winter still as my husband passed away, June 19, 2017. Please know you are in my thoughts and prayers during this difficult time. Precious memories give us peace and comfort. Hope to make contact with you this coming winter. Take care, Kyleen Chinouth Kelly
Comment Share
Share via:
J

We were so sorry to hear of Ed’s passing. We are in Tennessee until Monday, and will miss the service, but you will be on our hearts and in our prayers on Saturday.

Posted Oct 30, 2019 at 03:45pm
I am so sad to hear about the passing of Dr. Schlein. I babysat for him and Kay (poor Mandi busted her lip on my watch) when they lived on Bentbough Drive. He was a wonderful, kind man and a great Gator.
Comment Share
Share via:
RA

Posted Oct 30, 2019 at 02:50pm
I was very sad to hear of Ed’s passing. I helped him in his first campaign for Leesburg City Commission and that is how we found out that we both loved the Gators. I used to see him at various games and various tailgates, the most memorable of which was in Athens, Ga, in the 1990s when the game had to be home and away for a couple of years due to the Jaguars coming to Jacksonville and thus Gator Bowl renovations. We CRUSHED the dawgs between the hedges and the Ole Ball Coach rubbed it in and Ed and I and others toasted more after the game than we had before. RIP, Ed. -Roger Austin, Gainesville, Florida
Comment Share
Share via: 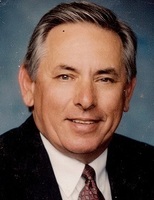 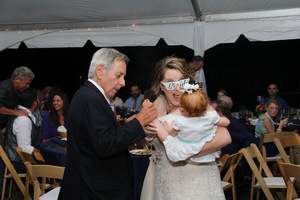 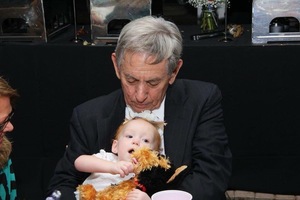