To share your memory on the wall of Albert Lounsbury, sign in using one of the following options:

Albert was a recent resident of Cypress Care Center and a former resident of The Villages where he moved to in 1995 with his wife Jeanne. Al was a faithful member of the North Lake Presbyterian Church in Lady Lake, a loyal member of the Orange Blossom Gardens Lions Club of Lady Lake where he was in charge of the Annual Villages Christmas Parade for many years and participated in many charitable activities including the Seeing Eye Dog Foundation. As a resident of The Villages, Al performed with the Villages Theatre Troupe and enjoyed playing golf. Al was also a lifetime member of the VFW Post 10126 of Lady Lake having served our country in two wars.

Al was a Barber by trade owning a four-chair barber shop and building in Pitman, New Jersey where he worked for thirty-five years and raised his family before retiring to The Villages in 1995. At the age of 21, Al went to an open tryout in 1948 and was signed by the Atlanta Braves to play professional baseball. He played from 1948-1950. His playing career ended when he was drafted into service in Korea.

A Going Home Party will take place Monday, October 7th at 11:00 a.m. at Beyers Funeral Home in Leesburg, Florida. Visitation will begin at 10:00 a.m. Interment will be at Florida National Cemetery, Bushnell, FL.

In lieu of flowers, donations can be made to Cornerstone Hospice, 601 Casa Bella, The Villages, FL 32162 or Orange Blossom Lions Club, PO Box 1428, Lady Lake, FL 32159. Condolences can be offered online at www.beyersfuneralhome.com
Read Less

To send flowers to the family or plant a tree in memory of Albert Franklin Lounsbury, please visit our Heartfelt Sympathies Store.

We encourage you to share your most beloved memories of Albert here, so that the family and other loved ones can always see it. You can upload cherished photographs, or share your favorite stories, and can even comment on those shared by others.

Posted Oct 06, 2019 at 07:03pm
Our hearts and prayers are with all, especially our second mother Debbie. We are very blessed to have known Al. Much love,, the Bremers and Sansones

Posted Oct 02, 2019 at 02:05pm
Deb and Donna so sorry to hear about your Dad’s passing. I remember all the fun we had at your house, swimming, messing around in the basement. Your dad was always there when he wasn’t working. At least we knew where to find him and get all the latest news! He was a great dad and husband. He was always there to help. Thinking of you all Love, Sally Vansant Williams
Comment Share
Share via: 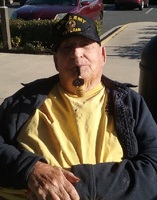