To share your memory on the wall of Carolyn Cartmell, sign in using one of the following options:

Carolyn married Gerald Kratsch in 1948 and they had two sons, Doug and Kevin.

In the 1960s, she was president of a civil rights group and led a successful fight for the city’s first open housing law in Oshkosh.

In the 1970s, she started what was one of the first, if not THE first, dental consultant business owned by a woman. She traveled throughout the Midwest and the east coast and lectured on practice management at dental conferences.

In 1972 she married John Cartmell and they traveled extensively in a camper. In Ohio in the 1980s, she and John led a winning court fight to extend local voting rights to mobile home parks.

They later settled in Florida and served as volunteer reading tutors at elementary schools for several years. They also enjoyed playing golf and tennis. Carolyn was a talented pianist, an accomplished artist, and loved animals. She never met a cat or dog that didn’t love her too.

She was preceded in death by her beloved husband, John; her sister, Beth Feirer Spicer; and her niece, Joan Mokhtari.

Her survivors include her sons Doug, Madison, Wisconsin and his son, Joe; and Kevin, Oshkosh, Wisconsin and his sons, Ryan and Nathan. Also very special to Carolyn are John’s daughter, Theresa and his sons, John and Paul and their families. Her memory will be cherished by her niece and nephew-in-law, Patti and Dave Hable, Oshkosh, Wisconsin; her nephew, David Feirer, Arizona; her former daughters-in-law, Karla and Heidi and other relatives and friends, including Carole, June and Patti who visited her regularly.

The family would like to thank Robin Patrowicz for her help and advocacy these last months; Bobbie Haverly, the nurse consultant who went out of her way to add some special moments to her life; and Yula Rampersad and the staff at KYR Tender Care for their special care these last few months.

Per Carolyn’s request, there will not be any services. She will be interred at the Greenwood Cemetery in Orlando.
Read Less

To send flowers to the family or plant a tree in memory of Carolyn Rachel Cartmell, please visit our Heartfelt Sympathies Store.

We encourage you to share your most beloved memories of Carolyn here, so that the family and other loved ones can always see it. You can upload cherished photographs, or share your favorite stories, and can even comment on those shared by others.

Posted Jun 08, 2019 at 06:51am
R.I.P. dear Carolyn. You were my second grade Sunday school teacher and you told me a few years ago that you were scared of me cuz I was the rector's son. But then after my first girlfriend dumped me years later you taught me how to make and enjoy gin martinis. You liked them "wet." So glad I had those four hours with you a few years ago. Neither of us could stop talking. Quite the woman!
Comment Share
Share via:
S

Posted Jun 04, 2019 at 09:56pm
We will always cherish Carolyn being in our life. She and John will always be in our memory and in our hearts.
Carolyn, say hello to John for us.......Geoff & Gary
Comment Share
Share via: 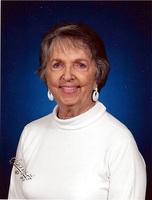